Sometimes in business timing is everything. And when it comes to the relationship between FirstBank and Gill Properties that’s certainly the case. When Jeff Hudson was hired three years ago, one of his goals was to relocate FirstBank’s commercial offices and regional headquarters into a highly trafficked area with good visibility and easy access for their clientele.

“If you pull a map up and try to get a good location with some identity to it on Poplar Avenue between Germantown and (Interstate) 240, there’s not a lot of availability,” Hudson, Memphis City president of FirstBank’s commercial lending headquarters, said. 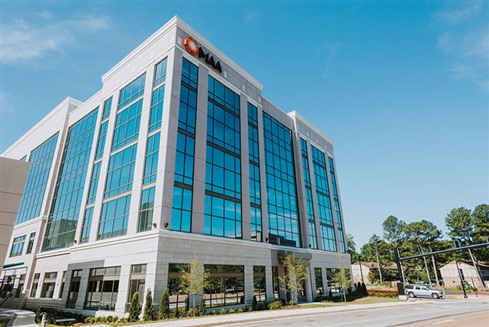 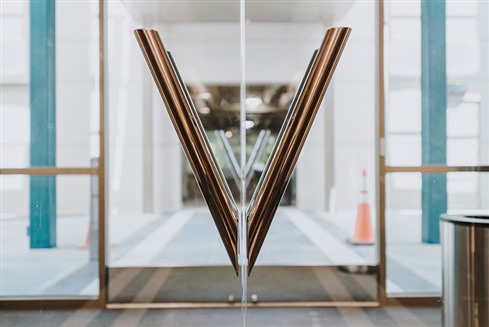 In its new space, FirstBank will occupy just over 8,000 square feet on the first floor of the five-story, 150,000 square foot TraVure building, which is roughly double the amount of space they currently occupy in Highwoods Properties’ Colonnade building.  (Daily News/Houston Cofield)

This search eventually led Hudson to reach out to an old friend, Gill Properties founder Ray Gill about the new Class A TraVure building he was developing on the western edge of Germantown.

“I called on him to see what are the prospects of A) maybe looking at some office space in your building when it gets built and B) how about we finance it for you,” Hudson said. “Long story short, we ended up financing the TraVure building and negotiating space in the building. It’s absolutely perfect, and I believe that it’s going to be an unbelievable location and business center.”

FirstBank will occupy just over 8,000 square feet on the first floor of the five-story, 150,000-square-foot Class A office building, which is roughly double the amount of space they currently occupy in Highwoods Properties’ Colonnade building.

Though Gill closed on the $34.1 million construction loan back in January, Hudson doesn’t anticipate FirstBank to make the move into TraVure until around September or October.

Design of the new office was handled primarily by FirstBank’s in-house real estate team, but Hudson said he likes what he has seen so far.

“I think you’ll see very traditional banking offices – nothing extraordinary, but certainly not ordinary either,” he said. “I think it is right down the middle and will fit our needs.”

Hudson attributes the need for the move to the company’s tremendous growth over the past several years.

“FirstBank has been a little bit under the radar in the past, but we’re changing that with the business that we have been able to bring in,” he said. “We have probably at least tripled or more our asset size in Memphis in the past three years.”

As for the TraVure building itself, Patty Bullock, who is handling leasing for Gill Properties, said it is moving along right on schedule.

“MAA has moved in, we’re working on the build-out for FirstBank, and have proposals out for a good portion of what’s left,” Bullock said.

With FirstBank occupying most of the first floor and anchor tenant MAA committed to 89,000 square feet on the top three floors, Bullock said she has about 50,000 leasable square feet left on the second floor and part of the first.

She said it would be a good fit for law firms, CPAs, or a large corporate entity in need of first-class office space.

“As far as FirstBank,” she said, “we’re just thrilled that they made that decision – that was a big deal for them to move from their existing office.”